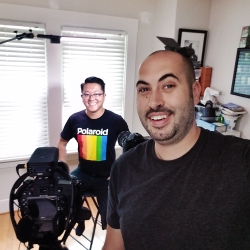 Nobody truly “makes it on their own.” Whether it’s as complex as a mentorship or as simple as a passing piece of advice, every professional has had some level of support or guidance on their way up.

END_OF_DOCUMENT_TOKEN_TO_BE_REPLACED 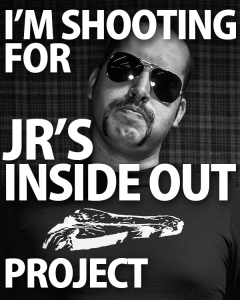 “Art-Cities” are rather prevalent these days.

In the US, New York is a given.  Philadelphia, and Boston are also getting pretty influential.  Of course there are a whole bunch on the west coast, as well.  But, when it comes to the Midwest, it’s not so much the city-proper that are havens for artists, but the smaller communities that make up portions of downtown.  Detroit is a great example.

It’s actually gotten to the point that the art and creativity is spilling out of the few neighborhoods and showing up on city-maintained structures like early-century corporate buildings, public transportation vehicles, and a lot of the general infrastructure of the city.

The best part is that while downtown is letting its creativity fly free, a lot of the suburbs are following suit and encouraging artists to publicly display work and construct customized installation pieces.

In fact, the Detroit Institute of Arts has gotten very involved and has begun donating replicas of famous works for public display on local communities.  Check it out –> http://www.dia.org/get-involved/community-outreach.aspx


As you can see, his concept of a world-wide art project is pretty grandiose and wide-sweeping.

Well, it’s working –>  http://www.insideoutproject.net/  and Metro Detroit is taking part.  The city of Walled Lake is digging into the art world and will be playing host to the DIA’s project, JR’s Inside Out Project, and a whole slew of work from local artists this spring.

Be sure to check the city website for details and swing back here to see some of the shots!

Boy howdy!  Do I love me some minimalist posters.

We have a photography club at my school.  I’m the president.  As such, I spend some time promoting it and designing attention-grabbing visual aids.

I’ve been wanting to do some stuff like this for a while and figured it would be a good excuse.