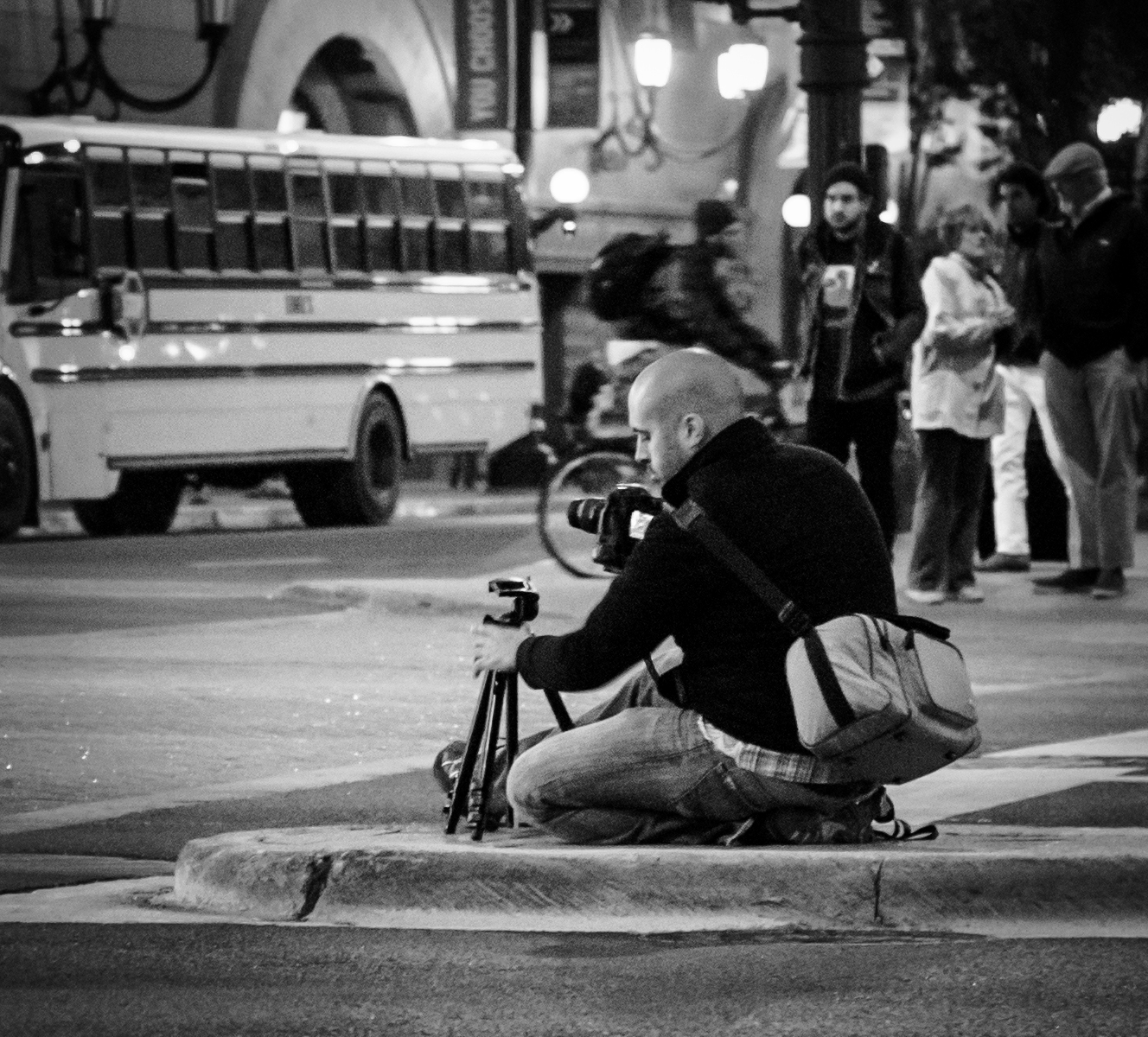 Lessons From a Career in Photography

We aren’t just born with knowledge. We have to learn it first. This seems like common sense, yet so many people are afraid of making mistakes they avoid the learning process all together. To get around that, maybe all we need to do is consider the ramifications…

This is Part 2 of a look into the concept of “Experience.” To read part 1, click here.

DON’T WORRY! This is about photography, not child rearing. I promise.

Parent 1 – “Now Billy, this is dangerous. Never ever ever touch this.”

This seems like the back and forth of a responsible and an irresponsible parent. But I’d argue that your idea of the “responsible” parent isn’t the same as mine. You thought it was Parent#1, right? … Hmmm…

Now, I’m not saying that you should let your child walk into traffic to teach them that it’s a bad idea to step in front of a speeding vehicle. That’s a bit extreme. However, I do think it’s an excellent idea to not always stop them from walking in front of a fast-moving object, like a swing, a baseball, a large dog, or maybe a different child, running at full speed. See, this impact won’t kill them, but it WILL get them to begin understanding that large objects, that move fast, hurt a lot when they hit you.

In the bit about the wall outlet, it’s not that the child is actively seeking out injury, or that they don’t believe the warning. It’s that the concept that there is an invisible force that powers the majority of the planet and is capable of vaporizing their internal organs is sleeping inside that little hole in the wall. They simply can’t grasp the full concept of “electricity,” so they certainly can’t understand that the little hole in the wall will sting like the dickens if they shove their fingers in it.

This learning method is not limited to human children. I recall the very moment my dog learned to stay away from fire. Gathered around the bonfire, the conversation went something like, “Murphy leave it… NO! Leave it alone! It’s HOT!” (because, you know, the dog has an intrinsic understanding of what the word “hot” means) … “DAMN IT! I SAID LEAVE IT ALO-“

This is a behavior exhibited in the entirety of the animal kingdom. I mean, watch any nature documentary ever. Across the planet, every parent is flabbergasted at just how stupid their kid is. (There’s probably someone out there that got offended because their precious little bundle of joy is WAY smarter than the rest of the class. Well, let me ask you, why do you have locks on the cleaning supply cabinet?)

Since this is a photography blog, let’s bring it back around.

As a species, we have “evolved” to the point that, as long as we are around people that can take care of us, we don’t really worry about ramifications as much as we should. Those that have more life experience and knowledge can form a little bubble of world-buffering (also read “helicopter parenting”) around those they look after. The issue with this process is that the sheltered individual has no grasp on consequences. When they are sent into the world on their own, they haven’t had the opportunity to deal with small ramifications (like getting hit by the baseball) so, when they’re hit by a big ramification (like the car), not only were they COMPLETELY unprepared for it, but they didn’t recognize it was a possibility and didn’t even understand how to see the blatant signs that the 3,670 pounds of Volvo C60 was bearing down on them. We are afraid to make mistakes, even though the lessons learned from small mistakes can teach us how to prevent giant mistakes before they happen.

So, how in the name of Poseidon’s Trident does this relate to photography?

In the photographic (or any other creative) industry, you’ll eventually have to deal with clients – the people that pay you. In a classroom, your home studio, or out on a shoot with friends, your options of what to shoot boil down to 3 things:

Which of those sounds more fun? Probably #2? Maybe #1? As a species that has “advanced” to the point that we can rely on science and other people to protect us from our own ignorance, a large portion of people that grew up in the “1st world” (read “sheltered”) are terrified of the concept of trial-and-error. Sorry, let me phrase that a different way – “Making Mistakes” (cue horror movie scream).

When you’re learning or practicing in a class or at home on your own time, the ramifications of making a mistake are pretty straight forward – This thing didn’t work. Change this thing and that thing, move the one thing over by the other thing, adjust this thing to these settings, and replace this thing with this thing. The thing still didn’t turn out like you wanted? Tweak this other thing. Boom – now it works. (This is the baseball)

When you’re working with a client, it goes a bit differently. This thing isn’t working. Fix it. You can’t? Get out. You’re fired. (Here’s that Volvo C60 I was talking about).

(I’ll concede that the second version of the process is FAR less complicated… however, it seems slightly more problematic that the first version…)

There are a massive number of super-talented creative people around us all the time, everyone seems like they’re doing better than the rest of us, social media, shock news. I don’t care what it is or how old I sound – for some reason or another, modern people are afraid of failing. Shocker: YOU WILL FAIL. No way around it. The decision you have to make is whether you want to fail in an instance where the only ramification is learning how to improve, or if you want to fail in an instance where the ramifications are getting fired, not being able to pay your rent, losing your business, and getting sued.

Now get out there and take a baseball to the face.